The Ohio Steelhead Season often starts in September with some early runs of steelhead and it often ends when the last steelhead leaves the rivers in early May. As of this printing, the Ohio DNR allows anglers to fish for steelhead in Ohio year-round.

In this article, we will discuss the peak steelhead fishing times so that you can maximize your success on the river.

Ohio Rivers And The Ohio Steelhead

Due to low natural reproduction in Ohio steelhead rivers, every year the US Wildlife division (DNR) stocks steelhead in various streams flowing into Lake Erie in an area known as steelhead Alley.  These steelhead return at different times of the year and when they enter the river many consider this the Ohio steelhead season.

When the steelhead are about two years old, the yearlings move downstream to the cooler waters of Lake Erie, where they continue growing and mature into adults.

The steelhead Alley area of Ohio consists of five main tributaries, namely the Rocky River, Grand River, Chagrin River, Vermilion River, and Conneaut Creek, which form the bulk of steelhead stock. Only about 20% come from other Ohio rivers and streams like the Ashtabula River.

You can see more about these rivers on our page Ohio Steelhead Rivers.

After a year or two in the lake, mature steelhead trout will move upstream into the rivers to lay eggs. Some will start migrating in the fall but often won’t actually spawn until March or April.

The other half of the steelhead run will occur through the late winter and early spring and some of these steelhead might still be found in the rivers in early May. Knowing how to fish these fish at different times of the year will mean more fish in your net.

This fall to spring migration makes up the entire Ohio steelhead season and this is when anglers can catch some big river steelhead.

The official Ohio Steelhead season is all year long and provide anglers the opportunity to catch quality steelheads measuring up to 30 inches long or more all year round. On average, most mature Ohio steelhead weigh between 4 – 8  pounds.

Currently, there is no closed season for fishing steelhead in Ohio Rivers so all rivers remain open throughout the year.

However, if you are an angler, make sure to stay up to date on the federal regulations governing fishing in Ohio in case there are changes to the rules.

If you are an angler in Ohio, you can get fishing laws for steelhead fishing from the Ohio Department of Natural Resources. The department oversees and promotes the conservation of both fish and wildlife resources. Besides the main headquarters, you will find offices across various districts in Ohio.

When Should Anglers Expect the Ohio Steelhead Season?

When steelheads migrate into the rivers, they are concentrated in a confined space within the streams and this makes fishing for them easier and very exciting.

The steelhead can enter the rivers by the thousands all at once after rains raise water levels and trigger the steelhead runs. This means anglers can have short periods of fantastic fishing.

The peak steelhead runs usually occur in November and then again in March and April, but late October, December, and May can also see steelhead entering the rivers after a rise in flow caused by rains or snowmelt.

In addition, the streams of Ohio are all very close to one another so if one stream is muddy or too low and clear, or has a low concentration of steelhead, anglers can quickly drive to the nearest stream in a short time.

It’s good to know the 3 main steelhead runs which are the fall run, the winter run, and the spring run.

Are the Steelhead Trout Available Throughout the Year?

The spring steelhead season occurs from late winter which is often around early March through April. During this period, the stream water warms rapidly, melting all the snow in the bush and along the rivers. Combined with rains, the water level rises, attracting many steelhead into the rivers.

Many steelhead will remain in the river until late April and the fishing can be great during this time, especially for anglers that know how to properly fish for spring steelhead.

The fall season offers an opportunity to fish for large healthy steelhead as they return from Lake Erie. The fall-run steelhead are often the strongest steelhead of the year and the river conditions are often perfect for them.

The fall season stretches from September to December, depending on the frequency and intensity of the rains. In most cases, steelheads feed heavily during summer in the lake and they become stronger and healthier and as they enter the rivers they will continue to feed heavily.

The big runs of fall steelhead start to show up in late October and continue after rains throughout November and anglers that know how to fish fall steelhead and how their migration patterns and feeding patterns change as the river get cold will catch the most steelhead. I discuss this on my page Fall Fishing For Ohio Steelhead.

The winter steelhead season in Ohio begins in December and ends in early March. The winter period typically has low runs of steelhead but there are often many steelhead stuck in the rivers from the fall runs.

As long as the river is not frozen solid there are good opportunities for winter steelhead fishing.

The winter season is a good time to fish because there are fewer anglers and those anglers that know how to fish in the cold can catch a lot of steelhead.

I discuss the tactics used by guides to catch more winter steelhead and how they stay warm and comfortable on my page Winter Fishing Ohio Steelhead.

Steelhead are available in different sections of the streams during different seasons. This means the water temperatures and conditions have a significant role in where the steelhead will hold, what they will eat, and when they will eat.

Additionally, the stream runoff rate determines the best times to fish, and water levels and water clarity will also dictate where the steelhead hold, where they feed, and what they will eat.

Water temps and water levels will also affect how many steelhead will be in the river since just because the Ohio steelhead season is all year doesn’t mean there will be any fish in the river.

If you are new to steelhead fishing and want to learn how to fish for them better, see Steelhead Fishing – Most Effective Methods For Steelhead. 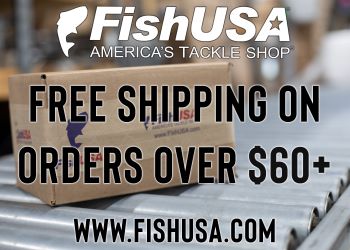